Adam Night is one of the leading mentalists, mind readers and psychological entertainers in the UK.

He has been performing first as a comedy stage hypnotist, then as a mind reader / mentalist since the early eighties and this has taken him all over the world!

He was born on Tyneside and grew up in northern England, but has since lived at various locations throughout England and Scotland. He started work in media sales, selling newspaper, directory and radio advertising. Thus giving him the ability to communicate well with people and discover the use of language to persuade and influence people.

He first became interested in mind reading and mentalism at an early age, after seeing stage shows from great performers Eddie Burke then was lucky enough to meet and become friends with Hugh Lesson who helped him get started on the road to becoming the great psychological entertainer he is today.

Adam Night also performs a light hearted look at the world of comedy stage hypnosis and is regarded as the number one stage hypnotist in the UK by many people. Details of this show can be found at www.adamnight.co.uk

Adam Night also studied with prominent hypnotists and practitioners of NLP such as Paul McKenna and Richard Bandler. Gaining qualifications in both NLP and thought field therapy.

Adam Night also has a local hypnotherapy practice in his home town of Low Fell, details of which can be found at www.lifehypnotherapy.co.uk .

Adam Night is happy to quote for work anywhere in the UK. He is also willing to discuss any enquiries for work overseas or cruising. 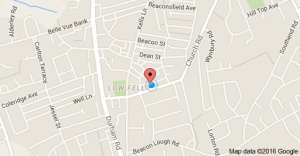